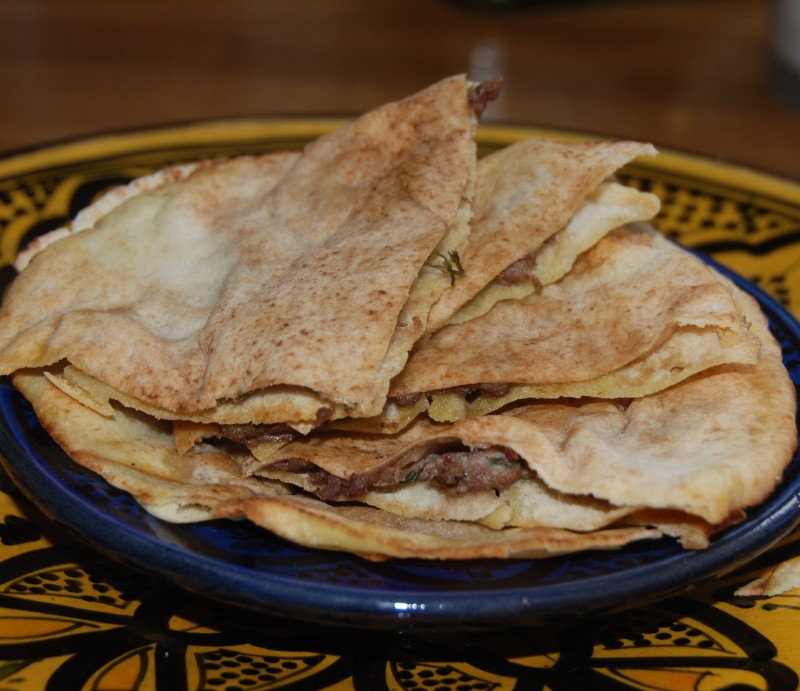 Street food in Beirut wasn’t really street food for me for much of my childhood and adolescence because the streets where you could get it near me like Hamra were dark and forbidding and downright scary at night.  The lamp lights would be off.  The cinemas and shops that once blazed all down the street were extinguished. It was more like a wild habitat for militias and starving stray cats than the shopping and social heart of West Beirut.  And as a girl, I wouldn’t have been able to go there by myself anyway.  My parents were even more protective than they would have been under more normal circumstances.  Understandably so — when the main battleground in the war was just a street away from us. Unlike my children, who’ve grown up with burger joints and pizza restaurants all around, I don’t think I really experienced street food for myself until I started going to the American University of Beirut at the top of the hill on my road as you turn right out of the door. At night, from our balcony, 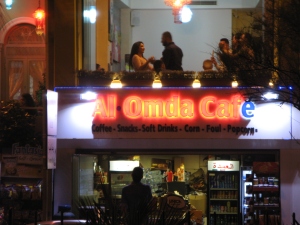 you could sometimes hear the sounds of music, dancing  and parties from just below us on the Corniche when things were quieter. I am not sure if I envied them or was afraid for them.  But I would go up the hill, not down — and hardly ever at night.  It felt too dangerous and oppressive.  During the day, the canteen in the university became my home from home.  I would sit up on the mezzanine level, feeling very sophisticated and plugged in with a group of friends, watching the comings and goings of all the other students and teachers from our perch.  I didn’t go there for the food, that’s for sure. It felt very far away from the tiny world of my family and our apartment where my sister and I used to be locked in as children when my parents were both out at work.  Those were days when even in the middle of all our fighting and destruction, it was often hard to tell who came from where — who was Muslim or Christian.  I think some of the friends I hung out with at AUB would have been surprised to hear that I was a Muslim — with my short dresses and heaped-up hair, even though at home I was praying fervently.  We used to live on tiny plastic cups of bitter, burning coffee with kofta sandwiches and mana’ish.   But I never felt confident enough to stay out too long.  Like a ridiculously nervous Cinderella, I would be out of the ornate main gate of the university and making my way back down the hill towards home by four in the afternoon.  Even so, it felt quite daring to me then.  Thinking that makes me feel a little sad that I was once so naive and so deprived of what my kids take for granted, but also happy that I was able to be entertained and satisfied with so little.When I had friends round recently, I made a whole stack of arayess bil kofta — the kind of slightly greasy, slightly messy street food that the canteen used to serve up.  And it tasted great…. 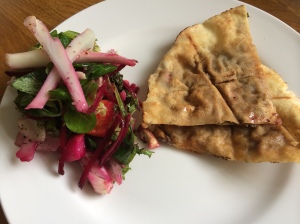 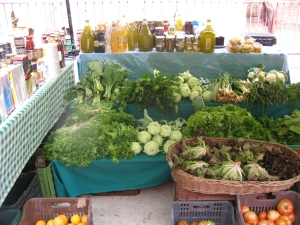 Once ready open all the bread and take a small amount of the meat from the mixture, the size of a ping pong ball, and spread thinly inside the Lebanese flat bread

Cover with the other side and brush with olive oil

Cut in four pieces and put on a baking tray

Garnish with chopped parsley leaves and serve hot with salad