Outside tonight here on the edge of London by the Thames, we are deep into November and it’s eight degrees.  I notice that it’s 19 degrees in Beirut.  The difference is here we are still waiting for winter, while in Lebanon, you can simply drive straight up into the mountains 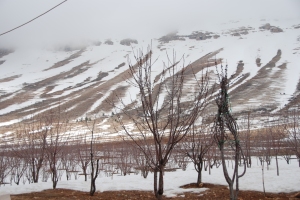 and you can have a quick shot of all the winter you want.  For years, everyone here has been trying to persuade me of the glory of having four real seasons.  I am still not convinced.  In Lebanon, you can do all that in a day’s drive — summer by the sea, spring in the Bekaa, autumn in the foothills and winter in the high mountains at Faraya — and still go sunbathing in the afternoon.  I miss the sea, the effortlessly blue sky and the mostly gentle sun.  Every Christmas, my first instinct is to go somewhere hot.  My children violently disagree.  They may be half Arabic and half English — noss-wa-noss as we nicknamed them just to annoy them — but at this time of year, it’s the English half that wins out.  For them, it’s a cheat and a disappointment if they can’t get buried away somewhere deep in the snow.  So, we wait for real winter – the winter that usually seems to show up too early or too late when no one really wants it or expects it.  But just occasionally, it is just right and heart-stoppingly beautiful . 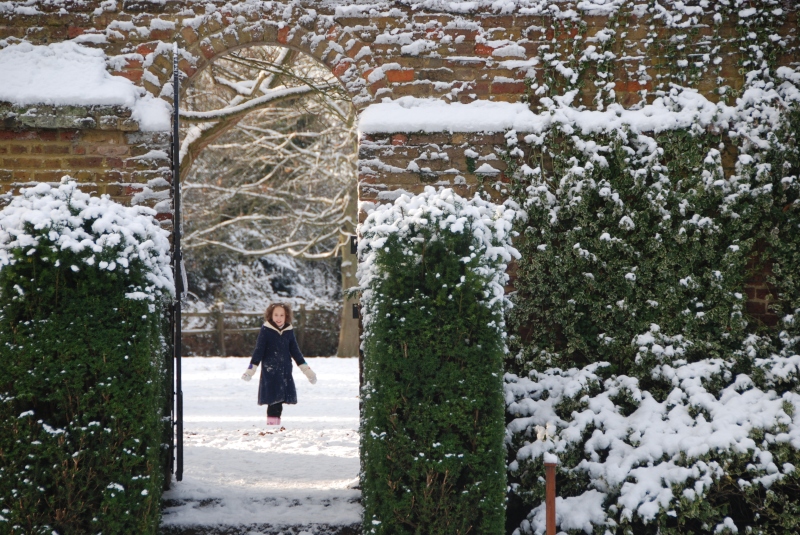 The English pride themselves on their hearty, warming dishes.  Quite rightly.  But we can do that, too.  Our soups and stews in Lebanon or tajines in Morocco — both countries sharing high white mountains as well as burning coastal plains  — are perfect as the temperature sinks to zero or below.

If you want a breakfast that will see you through the cold, shakshoukeh is as effective as porridge or a full English — and lighter and better for you.  It mixes peppers, chili, eggs and tomatoes.  There are variations across the Middle East.  Some say it’s a North African dish, others that it originated with the Ottomans.  The peppers and paprika make me think it’s more likely to be the latter, as the Ottomans brought those ingredients  into the cuisine of many countries they ruled or influenced — right across the Balkans and as far as Hungary to the north.  It’s actually a dish you can have at any time, but I have always thought it was best at breakfast, probably because of the eggs (which some recipes don’t use).  This winter I may still be dreaming of an island in the Pacific, but my children will be praying for snow — a still, icy landscape with woodsmoke rising above bare trees.  A plate of shakshoukeh and a boiling black coffee and I guess I’m ready to go. 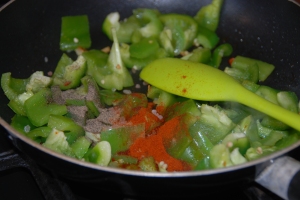 Wash the pepper, remove the seeds and stems then cut into small pieces

Fry them for couple of minutes or until soft, then add the diced peppers

Stir and leave to simmer for 5 minutes

Try not too stir too much, garnish with parsley and serve hot with pita bread. 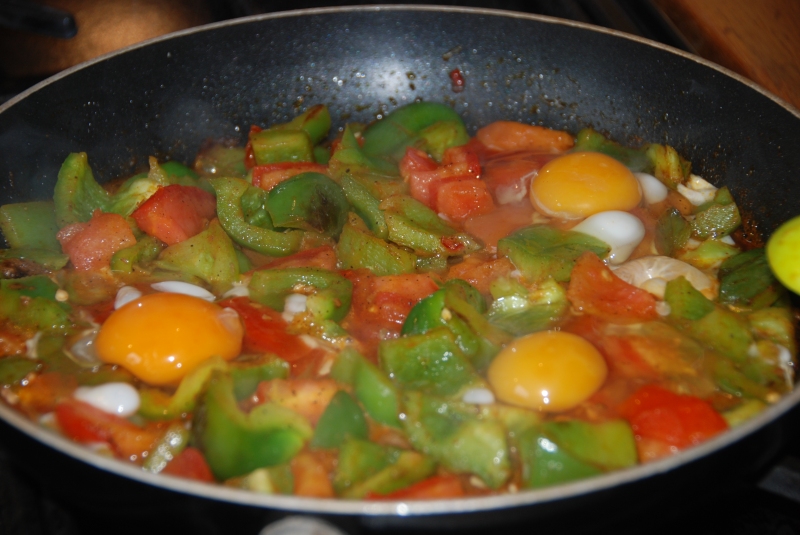