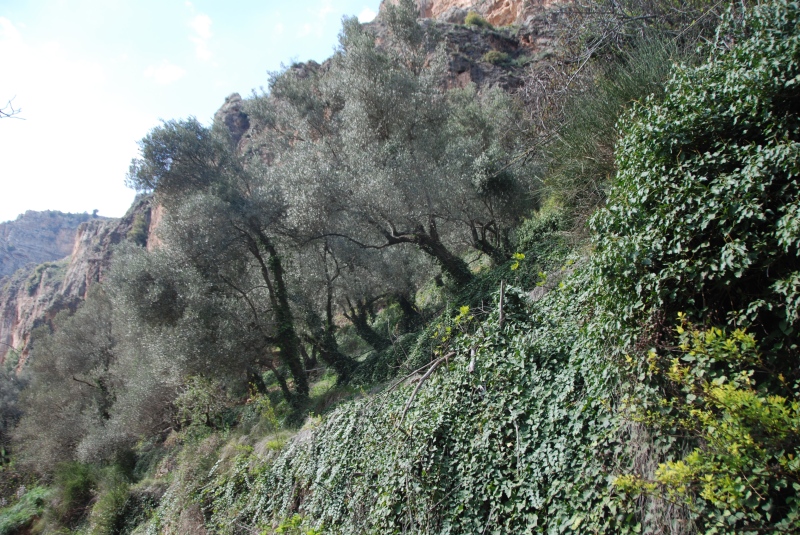 One of the strongest and best memories I have from growing up in Lebanon are all the different trees that grew around my grandparents’ village in the Bekaa in the shadow of the mountain that we call Jebel al Sheikh — Mount Hermon to the Israelis.   The orchards stretched as far as I could see .  My grandfather was a farmer and had many acres of land. 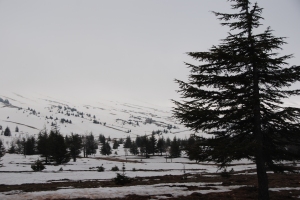 Every spring I can remember the anticipation with which I waited for the precipitous roads up into the Bekaa and the first big town, Chtoura, to re-open after the winter snows had thawed. 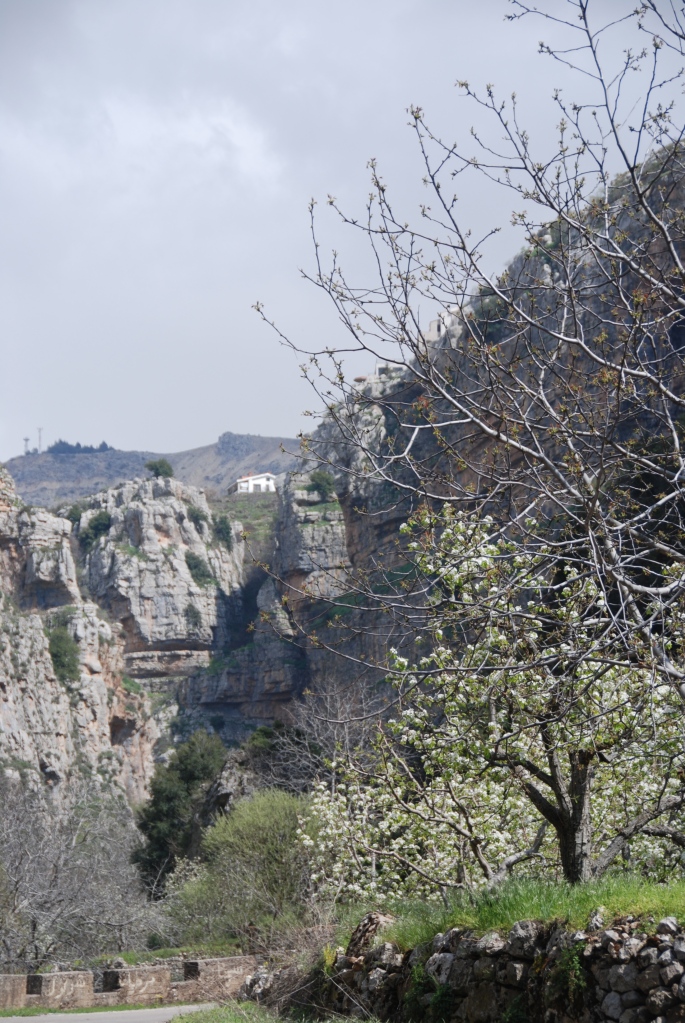 It was a long drive after arriving in the Bekaa towards the dramatic, still snow-capped mass of the Jebel al Sheikh — on the other side of which lay Syria and Israel.   Soon the first flowering of spring would start — the cherry trees and mulberries. There was much that was heavy and dull about being away from Beirut and in the country.  But the unceasing hunt for fruit and our greedy guzzling of what we found more than made up for the dark, slow evenings.  It wasn’t without its dangers and fears, though.  There were the hornets and bees and abu maass — earwigs — lurking around the fruits and flowers.  In the spring, we were able to do what we liked.  No one cared that much. 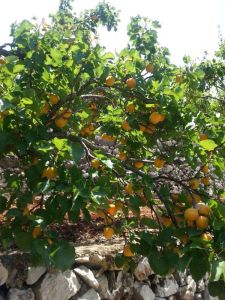 But when summer came, it was different.  Then, there would be a crop to protect.  So, we had to be quick and watch out for the natour, the man put there to chase predators both big and small away from the fields and the fruit that the local farmers paid him to protect.  He was a scary-looking man with a long stick, a loud voice and sharp, sharp eyes. If he caught you pilfering the figs, or grapes, he would be quick to give you a kick or a blow with the stick.  I remember once racing away from him over the uneven, stony ground and catching my leg on a sharp rock.  The blood gushed out, leaving  a scar I still have today.  I was holding a beautiful, juicy pear.  I’m pretty sure I kept tight hold of it even as I fell. 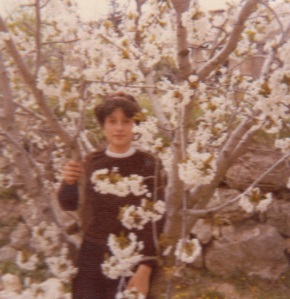 He wasn’t the only inhabitant of the valley to fear.  Deeper into the mountains were tobacco fields.  They were the property of just one family.  The men had big moustaches and rode wild-seeming horses.  You were told to keep away from them.  You might get killed or kidnapped if they got hold of you, we were told.  But I remember they would put on a show every Sunday afternoon, which I would watch from the safety of my grandmother’s small house.  It both fascinated and frightened me to watch them race their horses.  One summer, I even worked for them — stacking tobacco leaves to dry in the sun.  It wasn’t much fun.  It took a long time and required a lot of effort.  The worst thing was that it made your fingers stink from the brown sticky substance that came out of the leaves.  But the little bit of pocket money it gave me allowed me to rush off to the only shop in the village and buy my favourite ice cream — a beautifully vivid, home-made mulberry-flavoured lolly. 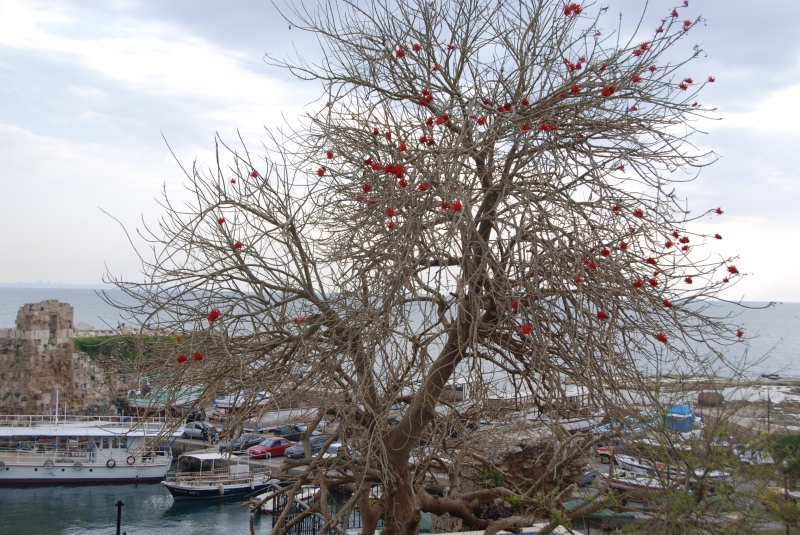 Back in Beirut, we would have heaps of cherries we’d been ordered to pick and bring back to last us till our next trip to the Bekaa.  Our apartment on the top floor of our building had — and still has — an open terrace where my father piled up pots of plants and flowers to mimic the countryside as best he could.  They are still there, some placed on edges as precipitous as the dizzying crags that wild bushes cling to in the mountains. I don’t think they have ever fallen or killed anyone, but I can’t be sure. 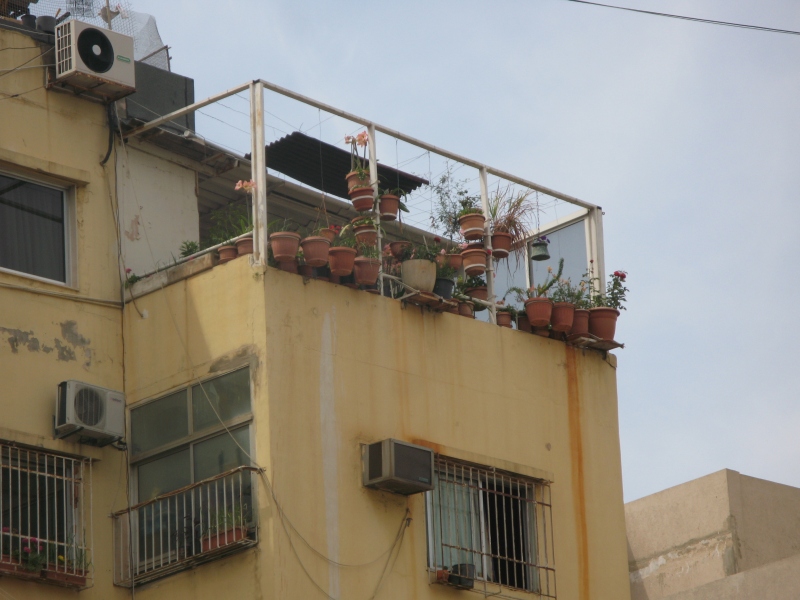 I used to get my younger sister to take pictures of me as I posed up on the terrace.  Back then, the sea was my backdrop.  We had a pretty much uninterrupted view. 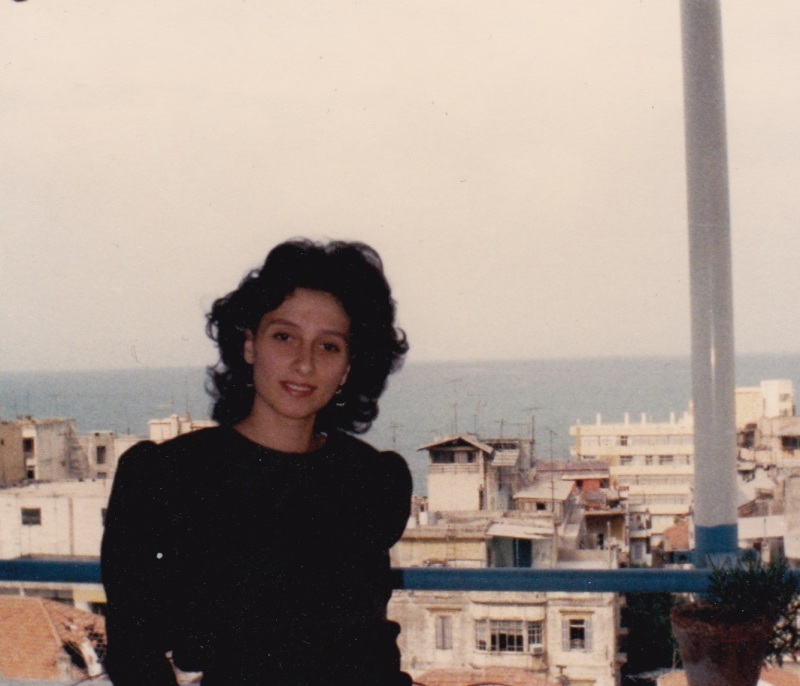 That is all gone.  This is the view today — completely walled in and cut off from the slightest glimpse of the sea by high-rise apartment blocks. 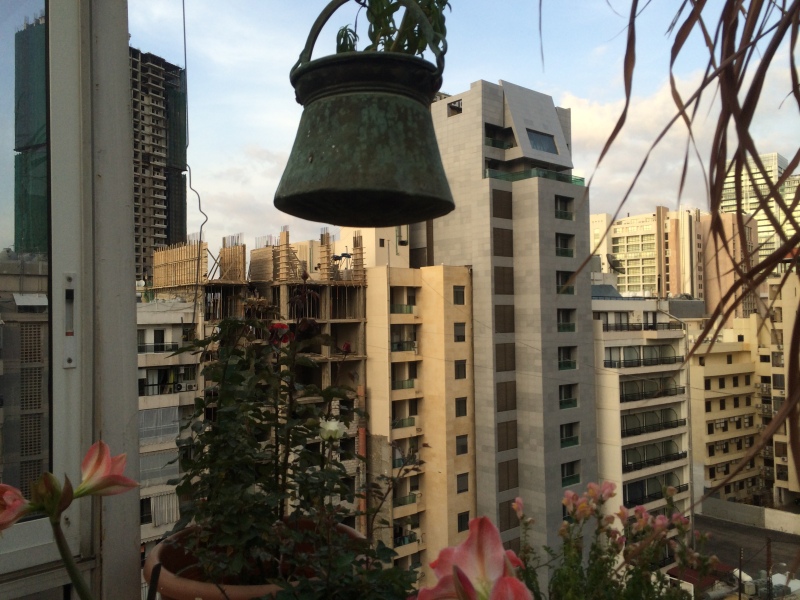 Of course in the city — by the sea — we had palm trees rather than fruit trees.  Many fell victim to the war and neglect. 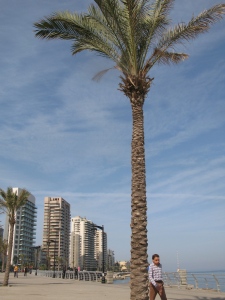 Now they have been replanted around the city, especially along the corniche. In the lead-up to Easter, in the shadow of ancient and modern mosques, a few refurbished jewels of old churches in Beirut prepare for Palm Sunday… 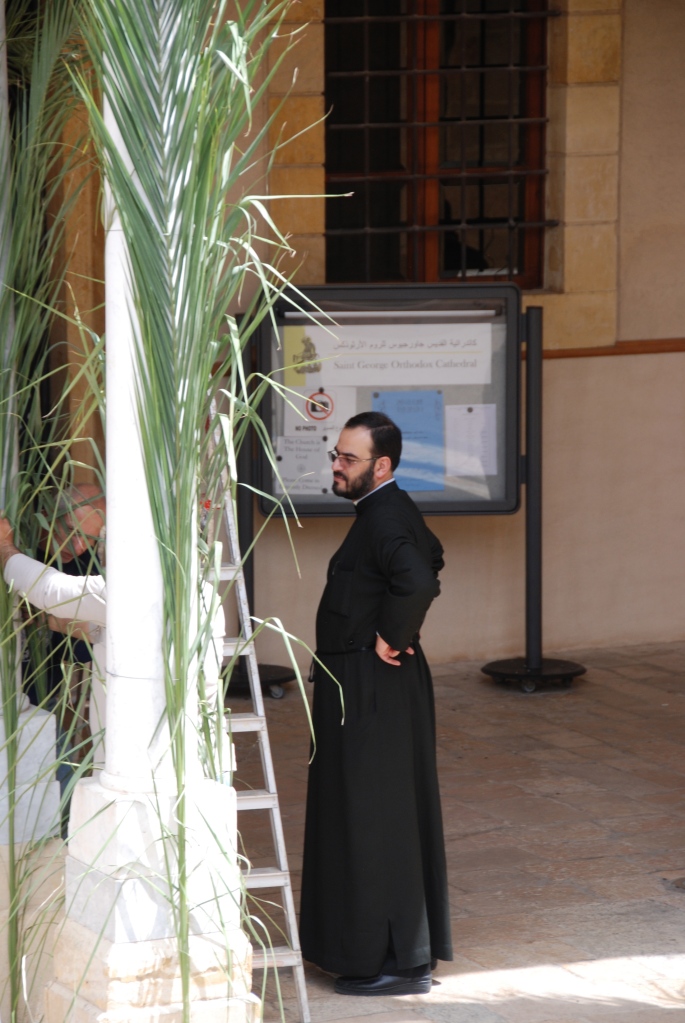 None of this seemed all that special to me at the time.  But it must have sunk deep into my memory and my heart.  Nothing now moves me quite as much as finding echoes of that profusion of fruit and blossoms from my childhood while walking down a quiet, suburban street in London and chancing on a fig tree, a mulberry bush, sometimes even a loquat.  When I finally got a decent-sized garden here, we filled it with palm trees… 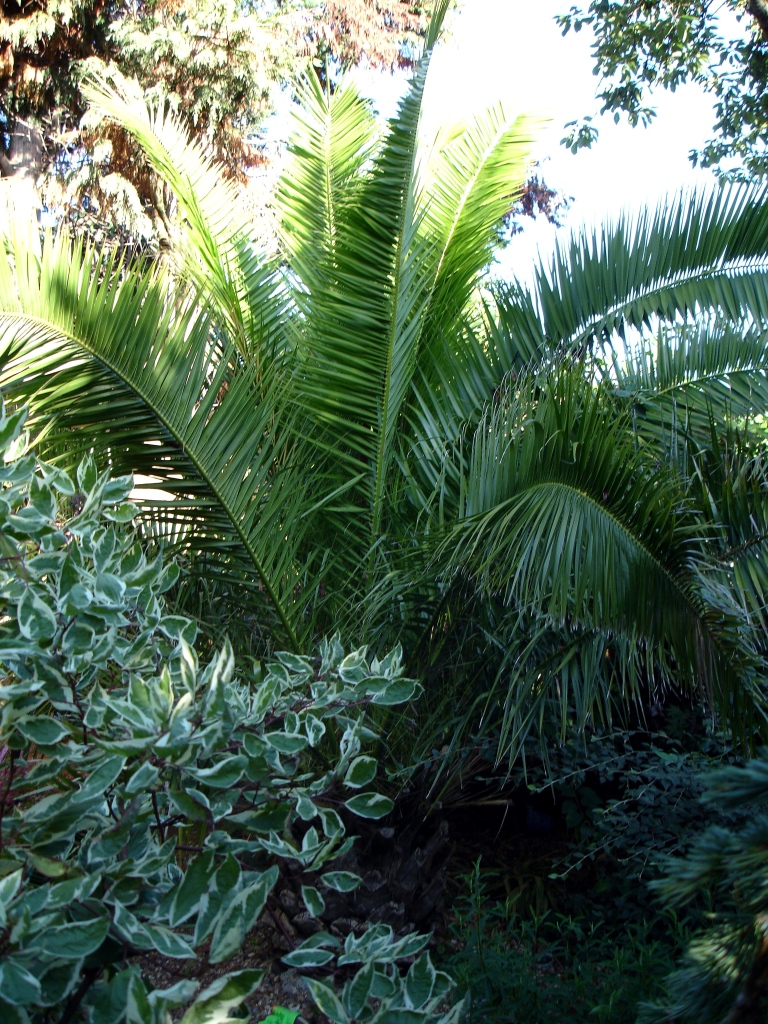 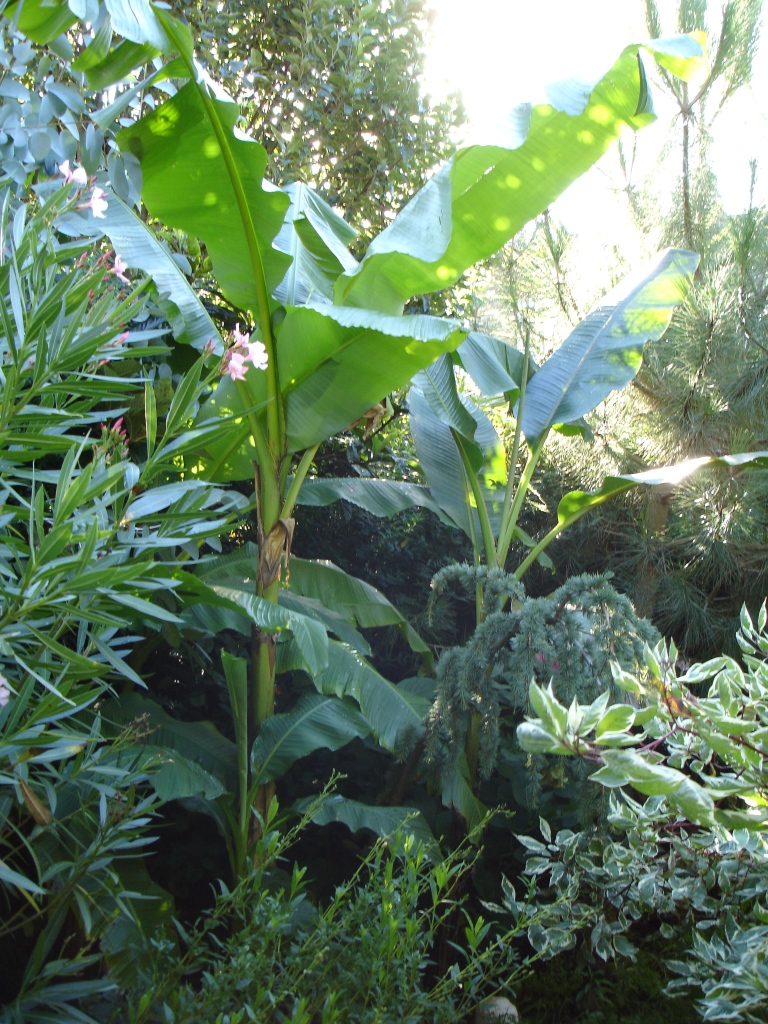 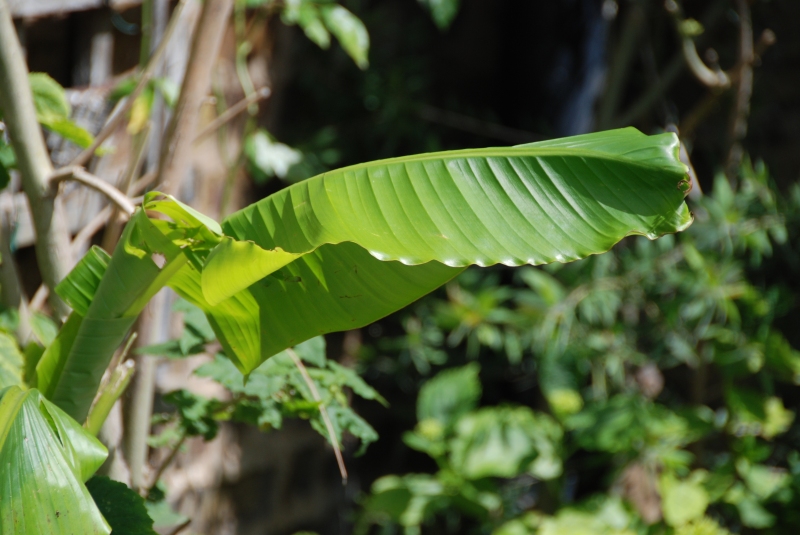 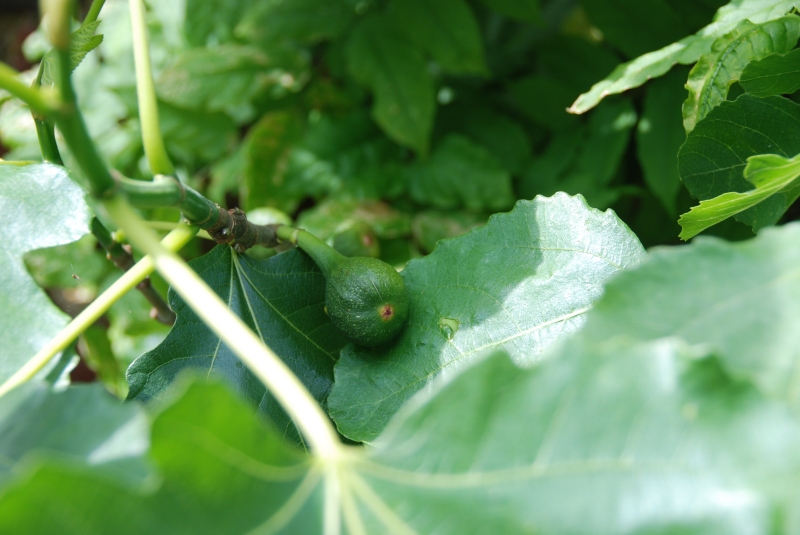 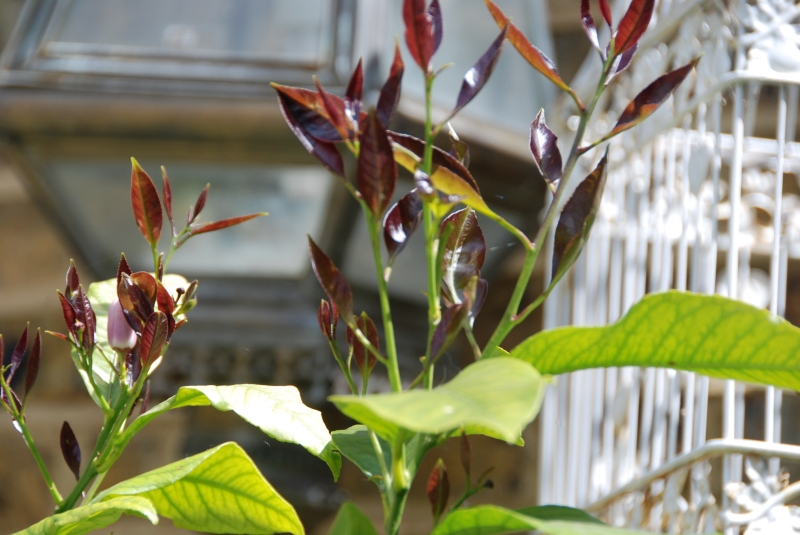 I still find it odd that people here seem oblivious to the fruits that grow around them in the unlikeliest places.    I have a map in my mind of the streets I know  that hold a hidden, forgotten treasure of fruit.  When I see a bunch of figs stretch out in front of  a thirties semi or a cherry tree full of fruit in a pebble dash cul de sac, I get a sudden rush that brings me back to the village at the foot of the mountain and those long, almost unbearable days cut adrift in the countryside, transformed into a feast of tastes and sensations by our raids on the farmers’ precious orchards. 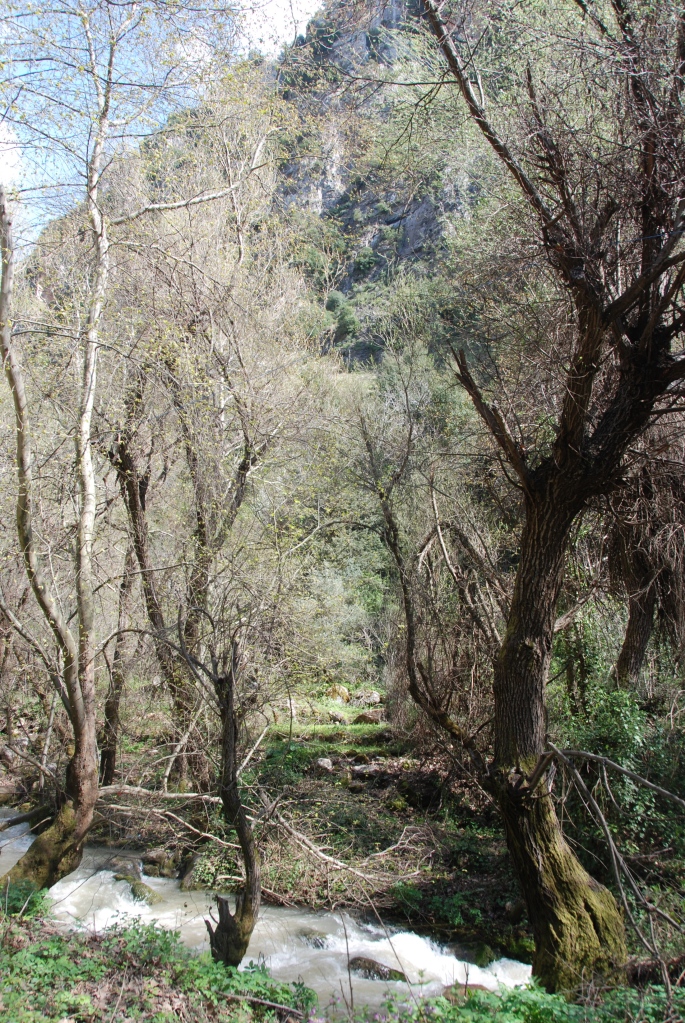