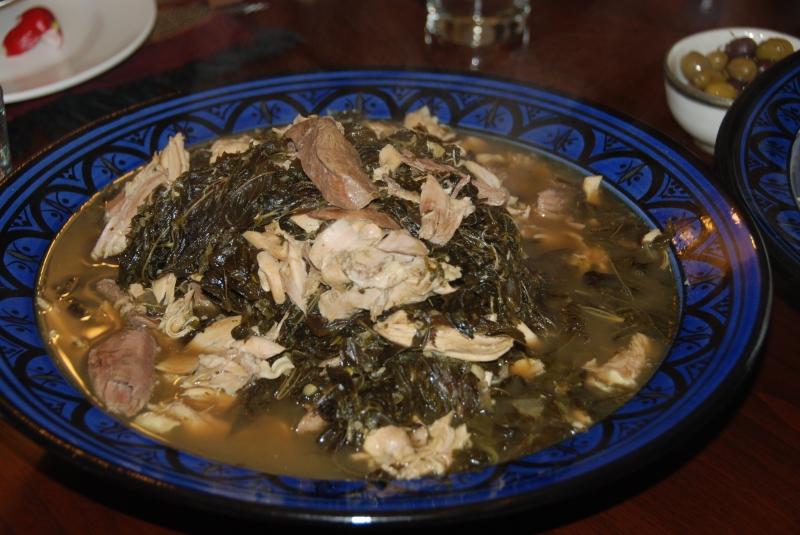 Now we are moving away from poor man’s dishes.  For me and my friends in Beirut, the idea of mulukhia is a party in itself.  I am not quite sure why, but it always seems like a big social event when we make the dish.  Perhaps it’s because of the whole rigmarole over sourcing the mulukhia leaves– which are also known as jew’s mallow — and then preparing them.  My father gets the spinach-like leaves from a farm in southern Lebanon these days.  They’re brought up fresh to Beirut where they are washed and dried and prepared for eating with the best cuts of meat.  My twist is to serve the mulukhia with both chicken and lamb.  My sourcing is even more elaborate.  Any Lebanese expatriate who  goes home knows that they will be hauling presents and various other supplies both on the way out and the way back.  I get my family members to act as mulukhia mules, bringing me a bag of leaves from my father’s supply.  At least it’s probably the lightest thing they’ll be carrying. I actually made mulukhia for a group of Lebanese friends today — and served it with mujadara on the side, combining two Lebanese staples, the most basic and one for special occasions.  As ever, it went down very well and made the occasion seem that little bit more special. 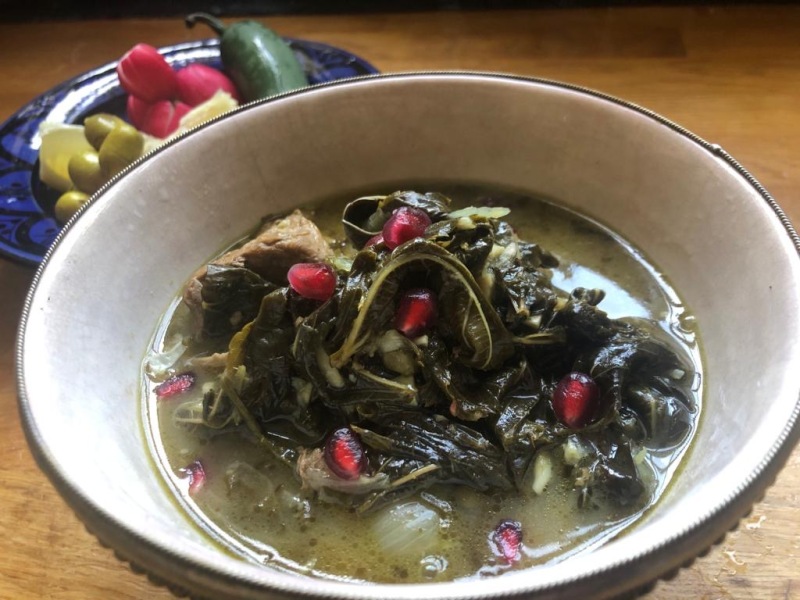